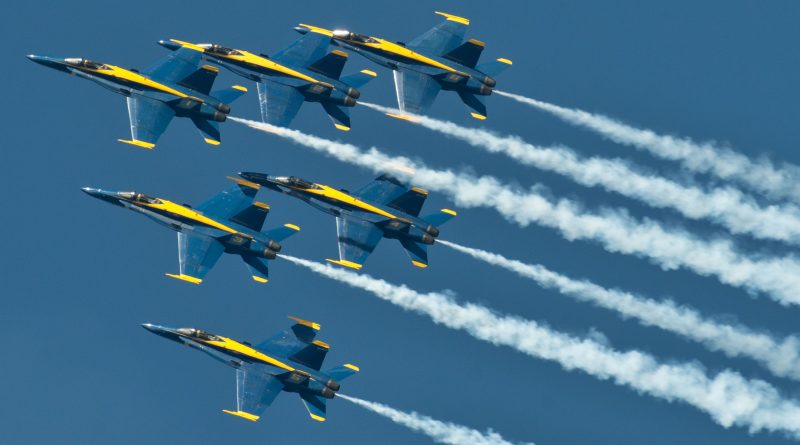 Prepare for a high-flying performance like no other, as the Bethpage Air Show at Jones Beach returns for its 15th year, May 26-27, bringing with it the United States Navy Blue Angels, who are back as headliners for their eighth appearance and will be joined by countless other military and civilian performers.

I can guarantee the Blue Angels (currently celebrating their 72nd anniversary season) will thrill spectators with their amazing – and mesmerizing – aerial display, because they always do. I also can’t wait to see the F-22 Raptor, the United States Air Force’s newest fighter aircraft, performing its own demonstration, as well as alongside the United State Air Force Heritage Flight Team for a special aerial performance.

The Royal Canadian Air Force Snowbirds are back for their fourth performance at this show and will perform more than 50 different formations and maneuvers for fans. Other showstoppers include the United States Army Golden Knights Parachute Team, the GEICO Skytypers with WWII aircraft and the American Airpower Museum Warbirds. These are just some of the stars of the show, as the schedule (see website below) for the weekend is jam-packed with talented air and military performers.

Incredible aerial acrobatics await; so, throw some beach gear into the car and head down to Jones Beach for a show to remember. And, to beat the crowds, visit newsday.com for some tips and tricks, like arriving by boat or watching from Fields 1, 2, 5 or 6.