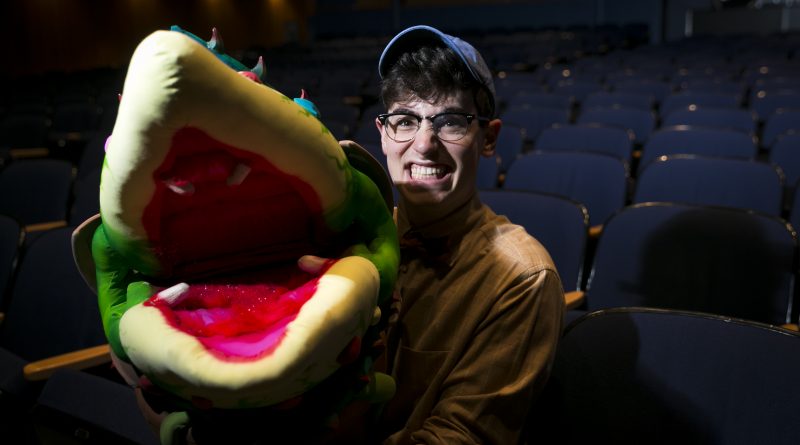 With rock ‘n’ roll, doo-wop and early Motown music sounds, “Little Shop of Horrors,” about a man-eating plant that demands to be fed and luckless florist shop worker Seymour, is brought to the stage Oct. 21-Oct. 30, at the Toni and Martin Sosnoff Theater at the John Cranford Adams Playhouse at Hofstra University.

A cult classic, this musical is ready to have you singing in your seat, with songs like “Suddenly, Seymour,” “Skid Row (Downtown),” and “Somewhere That’s Green,” as poor Seymour discovers that the strange Venus-flytrap-like plant (he names “Audrey II” after his crush at the shop) he’s dealing with is an alien out to take over the world.

Jennifer Hart, the director of the Hofstra production, states, “Little Shop of Horrors began as a black and white movie in 1960. The story is the cautionary tale that reflects a time when there was mass hysteria of alien invasion, atomic bombs and the Vietnam War.  It spoofs horror movies, comic books, Film Noir and musical theater.”

With a “little” horror, comedy, suspense and romance, “Little Shop of Horrors” captivates the audience with a show that’s sure to charm even the most squeamish (like me). It’s the perfect combination of laughs and scares.

I promise, you’ll leave the theater humming the songs and, perhaps, even flinching around some greenery.

And if you go, have fun, readers!