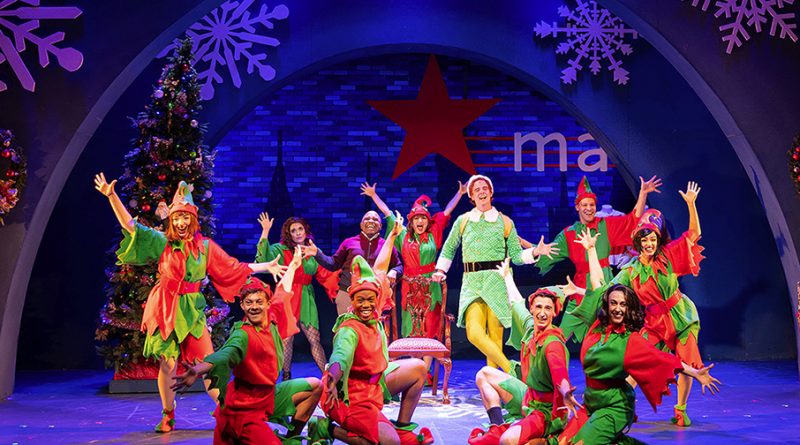 It truly gets me into the holiday spirit when I set aside some time to snuggle up and watch my favorite Christmas films. That’s why I’m excited that “Elf,” the musical based on the film that I watch multiple times during the season, is being presented at the John W. Engeman Theater in Northport, Dec. 13-30.

This humorous and heartwarming tale follows Buddy the Elf, an orphan who mistakenly crawls into Santa’s bag of gifts and grows up in the North Pole, on his journey to New York City to find his true identity. Though you’ll be delighted by new scenes, you can look forward to the iconic spaghetti-with-syrup scene, Buddy screaming “Santa, I know him!” at the department store, and New York City crowd singing to raise Christmas spirit for Santa and his sleigh. Erik Gratton, who played the role last year at Madison Square Garden, stars as Buddy.

Songs like “Sparklejollytwinklejingley,” “Never Fall in Love with an Elf,” “A Christmas Song” and “Nobody Cares About Santa Claus” are sure to have you singing along and tapping your feet.

After all, according to Buddy, “The best way to spread Christmas cheer is singing loud for all to hear.” So, embrace your inner elf and sing along to this entertaining holiday musical!