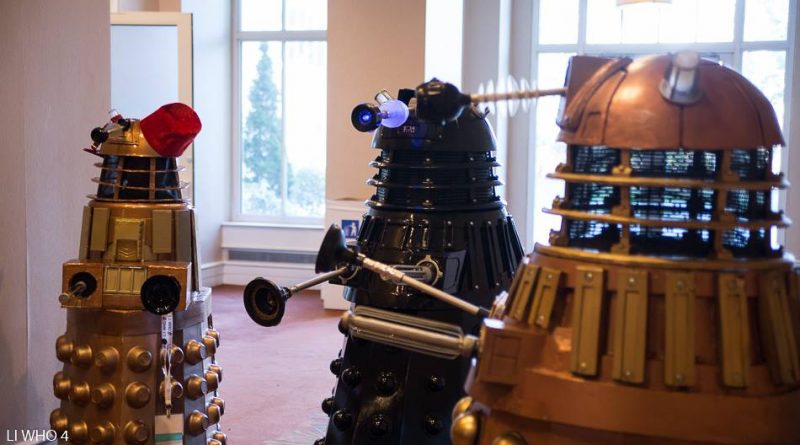 The Tardis (time and space machine) is making a landing once again, right here in Hauppauge, for the fifth annual L.I. Who convention. Doctor Who fandom (referred to as Whovians) and newcomers alike can get in on this sci-fi-at-its-best gathering, presenting panels, screenings, autographs and cosplays, Nov. 10-12.

Waris Hussein, who directed the first ever Doctor Who Serial, “An Unearthly Child,” is the Guest of Honor; and special guests will include (among many, see website) Sylvester McCoy, the Seventh Doctor; Lalla Ward, the second actress to play the Time Lady Romana; Katy Manning, who portrayed Jo Grant; and John Leeson, the voice of the Doctor’s robot companion K9. Authors, artists and podcasters will be in attendance, as well.

Panels like “Oh No, Who Didn’t!” – a fast-thinking, sarcastic game that challenges super fans – to “A Beginner’s Guide to the Doctor Who Expanded Universe,” provide something for everyone. On Sunday, a panel will be presented where fans can discuss the new 13th Doctor, played by Jodie Whittaker.

And, the Tardis is actually landing at the convention site, with the Long Island Tardis that’s made from a group of Doctor Who enthusiasts. This life-size, accurate prop will be in the photo studio for sessions all weekend.

Now’s your chance to be a part of the “Gallifreyan house party,” and join in on the sense of community a convention provides.