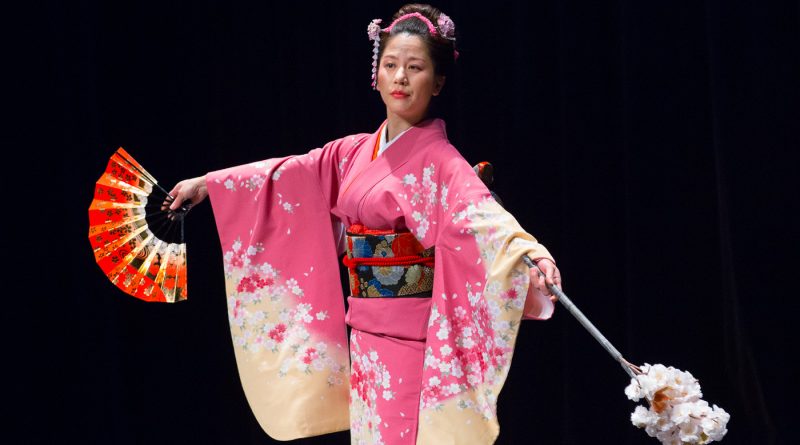 Celebrate the season of the blooming cherry blossoms at the 18th annual Sakura Matsuri: Cherry Blossom Festival, on May 6, at the Charles B. Wang Center in Stony Brook. Co-produced by the Japan Center at Stony Brook University and the Ryu Shu Kan Japanese Arts Center, this fest boasts an eclectic – and long – list of activities to enjoy throughout the afternoon.

Stepping into the main lobby, you will be intrigued with offerings of anime art, collectibles, Japanese souvenirs and gifts, and more; and also, be greeted by the boisterous sounds of Taiko (larger-than-life drums) drumming by Taiko Tides (the university’s group).

Catch other Taiko performances with Kaoru Watanabe (who recently lent his musical talents to the soundtrack of Wes Anderson’s recent film, “Isle of Dogs”) and his group Neo, as well as another local group Ryu Shu Taiko Drums of Japan. Along with Japanese dance performances, Musician Masayo Ishigure is also scheduled to play the koto, a traditional stringed musical instrument, with her ensemble.

Fans of anime and manga can catch a Cosplay Fashion Show, where you can see some familiar characters walk across the stage; as well as participate in a manga-drawing workshop. And in the “Chapel/Bamboo Atrium,” find Daniel Nyohaku Soergel performing on the bamboo flute (Shakuhachi) and tea ceremonies (Cha-no-yu). Attractions also include karate and kendo demos and ikebana flower-arrangement and origami paper-folding workshops.

Like I said, there is much to see and do here; a full schedule of programs is available at the website (listed below).